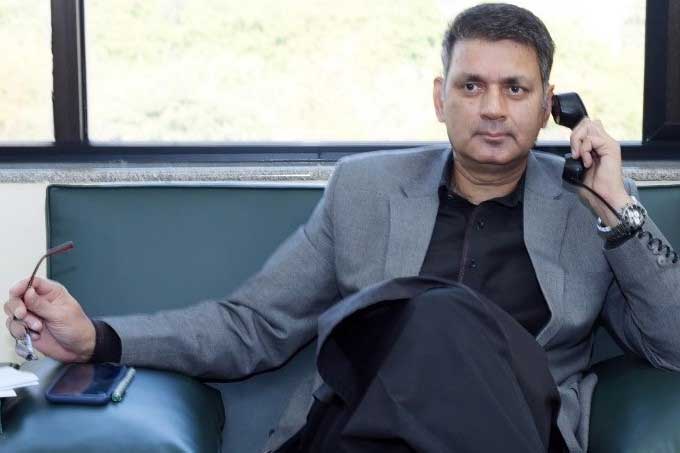 ISLAMABAD: As a sequel to E-Kutcheries held regularly to comply with the directions of the Prime Minister of Pakistan, Chairman Federal Board of Revenue (FBR)/Secretary Revenue Division, Dr. Muhammad Ashfaq Ahmed held an E-Kutcheri at FBR (HQs) on Friday to listen to the complaints and concerns of taxpayers. This is the third consecutive week of holding E-Kutcheri by the Chairman FBR after he decided to hold it on every Friday to expedite redressal of grievances of taxpayers. He listened to the complaints of the taxpayers and issued on-spot directions for resolution of complaints. He also advised the taxpayers to visit their nearest RTO and Collectorate of Customs for redressal of any problem confronted by them.
The Chairman FBR appreciated the suggestions put forth by the taxpayers and assured them that their valued input would be duly considered for formulation of tax policies and initiatives for taxpayers’ facilitation. He reaffirmed that FBR was making all out efforts to facilitate the taxpayers. The Chairman FBR has issued specific directions to all Field Formations for according top priority to the grievances and concerns of female taxpayers and those belonging to remote and marginalized areas of Pakistan. Needless to add that the weekly E-Kutcheri being held by Chairman FBR on regular basis will not only contribute significantly to the timely redressal of the grievances of taxpayers but it will also keep a strong check on the performance of the Field Formations.
Chairman FBR has already instructed all field formations to resolve the outstanding issues of taxpayers and made it clear that any negligence in this regard will not be tolerated.
Meanwhile, a report from Karachi says that upon receipt of credible information, Intelligence Team of Customs Enforcement, Karachi conducted a surveillance on warehouses located at Aram Bagh market, Lucknow, and Al-Jadeed Market Saddar, Karachi, where a huge quantity of foreign origin smuggled cloth worth Rs. 20 million was dumped. The Customs’ Team was constituted under the supervision of Deputy Collector Customs, ASO, Collectorate of Customs, Enforcement, Karachi to carry out the joint operation at the identified places along with other law enforcement agencies i.e. Sindh Police and Rangers.
As soon as the raiding team reached the target location, a violent mob comprising of more than hundred people attacked the raiding party and official vehicles with sticks and stones, causing damage to the government vehicles. A few gun shots were also fired by the miscreants. The crowd was dispersed after the police resorted to aerial firing. No one was injured during the operation except 02 Customs Sepoys who sustained minor injuries due to stones and sticks.
The ASO team succeeded in recovering a sizable quantity of smuggled cloth worth more than Rs. 20 million from these Warehouses, which was taken to ASO headquarters for detailed examination. FIR has been registered against the miscreants in Police Station, Aram Bagh and also in the Custom Court. The culprits will be arrested and more information about the smuggled goods will be collected from the accused during investigation.
Adviser to PM on Finance and Revenue, Shaukat Tarin has commended the raiding party for their successful operation against smugglers and appreciated FBR in its drive against tax evasion. Likewise, Dr. Muhammad Ashfaq Ahmed, Chairman FBR/Secretary Revenue Division, has lauded the bravery and professional conduct during this sensitive operation and announced cash awards and recognition certificates for the raiding team. He reaffirmed that FBR was following a zero tolerance policy against smuggling and these operations will continue across the country to eliminate this menace from Pakistan.