A doctors’ health promotion charity is unable to explain how metadata linked to a global public relations firm with ties to campaigns funded by tobacco, e-cigarette and vaping interests ended up on its website.

The metadata, which first appeared last April, was in the form of a distinctive username which cropped up on the website of the Australian Tobacco Harm Reduction Association (ATHRA).

The username shows who had permission to post content to and manage ATHRA’s website and is associated with at least 10 posts on the site as well as the development of functionality to search for a doctor willing to prescribe nicotine.

The ABC has traced that username to an employee of global public relations firm Burson Cohn & Wolfe (BCW) in Hong Kong.

The metadata and the content associated with the username was removed after the ABC approached the firm for comment.

At the time the metadata first appeared, BCW was also working with the Australian Retailers Association (ARA) on a campaign funded by Philip Morris International (PMI) to legalise the sale of e-cigarettes. 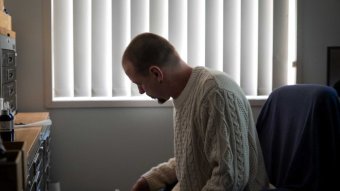 The Australian campaign to legalise nicotine vaping has a distinctly American flavour.

PMI is the multinational tobacco company behind brands such as Marlboro, Benson & Hedges and the e-cigarette product called IQOS.

ATHRA is a registered health promotion charity founded in 2017 by a group of self-described “independent Australian medical practitioners” who believe that, compared with cigarette smoking, vaping is the lesser of two evils.

This view is diametrically opposed to that held by Health Minister Greg Hunt and most of Australia’s leading health and scientific authorities.

They argue that there is insufficient evidence to definitively say that vaping is safer than smoking. And they share concerns that vaping and e-cigarette use, especially by young users, can become a gateway to long-term nicotine dependence.

ATHRA’s contrarian stance has put it in the frontlines of a long-running campaign to oppose the federal government’s tough stance on e-cigarette regulation.

Its spokespeople are regularly given a platform to share their medical opinions in media appearances, public forums and at parliamentary enquiries.

The impact of that influence is best explained in a Facebook post written by vape advocate Sam Parsons, who is better known by his YouTube persona, The Vaping Bogan.

“Because of their comprehensive medical credentials, they [ATHRA] speak with a type of authority that no other pro-vaping organisation in Australia has: politicians and the media are more willing to listen to their perspective.”

The man from Hong Kong

The username was nesting in the HTML code of the ATHRA website, a site built on the popular WordPress platform, which enables even those with minimal technical skills to set up and run a website.

Translated, that line of code above means that the item of content to which the code was aligned was authored (created and/or published) by someone using the username “redsurtida”.

Prior to that, almost all ATHRA’s posts and pages were made under the username “colin”. That refers to Dr Colin Mendelsohn, ATHRA’s co-founder and one of its three directors until he stepped down on January 5 this year.

So, who was behind the “redsurtida” username?

A web search turned up the LinkedIn profile of a man named Red Surtida, the Hong Kong-based regional director for the APAC Digital Innovation Group at BCW Global.

One press release published in July 2020 on the page with metadata identifying redsurtida as the one who posted the document was titled “Tobacco control policies failing Australian smokers”.

Another one in December 2020 was a press release welcoming the report handed down by a Senate select committee on tobacco harm reduction.

It wasn’t the volume that was important, it was the fact that Red Surtida’s username was there at all.

Explanation ‘does not pass the pub test’

Although it no longer works on behalf of Philip Morris, BCW confirmed that it had previously been contracted by the tobacco company.

BCW confirmed to the ABC that it had a contract with the Australian Retailers Association dating back to August 2019 and that in early 2020 “the ARA requested BCW to provide a separate contract that involved a payment from PMI to the ARA”.

The Australian Financial Review reported last month that the ARA had signed a six-month deal valued at $250,000 on February 1 last year, with an option that it be extended for a further six months in August.

The newspaper quoted ARA chief executive Paul Zahra as saying that he had cancelled the contract on August 20 after taking over the leadership role at the business group.

The arrangement was terminated after it was discovered that the campaign was “secretly sourced” from Philip Morris.

Both BCW and ARA said their contracts with PMI never included assistance to the medical charity ATHRA.

So why did someone from one of the world’s largest PR agencies have access to the ATHRA website, allowing them to post content for at least nine months — at a time BCW was already working on a campaign to roll back the Health Minister’s policy goals?

When the ABC contacted Mr Surtida, he did not deny that it was his username. But he would not explain how he came to have admin access to the ATHRA website.

“ATHRA is not a client of ours,” he said. “But a colleague did log in to assist one of their personal connections with blog uploads.”

“It does not pass the pub test,” said Maurice Swanson, the chief executive at the Australian Council on Smoking and Health (ACOSH), a publicly funded coalition of health, community and education groups which first spotted the username.

“Why does Red Surtida have an account login for ATHRA’s website? Clearly, permission would need to have been given by ATHRA.”

The charity’s website carries a disclaimer that says: “We do not accept donations from tobacco companies or their subsidiaries or from the vape industry… Two vaping businesses provided funding for the initial legal and website costs of establishing ATHRA.”

The company faced criticism after it accepted some start-up funding from vaping companies and small donations from vaping interests on a GoFundMe campaign in 2019.

It has also acknowledged that in 2018 it received $8,000 from Knowledge Action Change, a UK organisation that has taken money from the Philip Morris-funded Foundation for a Smoke-Free World.

“It has a tax deductibility status and — rather incredibly, I think — is registered as a health promotion charity. However, it almost exclusively only peddles advice and information about vaping and e-cigarettes, rather than TGA-approved cessation methods,” he told the Senate in February.

The South Australian senator, a reformed smoker who used to smoke up to 40 cigarettes a day, is concerned that rolling back regulations on the use of e-cigarettes and nicotine vaping will lead to a spike in addiction.

“They can’t hold themselves up as being a credible health promotion charity when you [have taken] money from … Big Tobacco,” he told the ABC.

“It’s all about reversing the good work Australia has done in reducing young people taking up smoking. I get how addictive this stuff is.”

As for ATHRA, it is also unable to explain BCW’s presence on its website.

The health charity said it did not pay for BCW’s services but could not explain how an executive of a pricey public relations firm based out of Hong Kong had admin rights to its website.

“ATHRA has many supporters who assist us, but we do not engage with any companies, including the one you referred to,” said Perth-based Dr Joe Kosterich, ATHRA’s current chairman and one of its founding directors.

He reiterated the charity’s policy of not accepting “funding or assistance directly or indirectly from tobacco or vaping companies”.

Drug reform campaigner and ATHRA director Dr Alex Wodak also said he had no knowledge of the BCW involvement, saying he wasn’t as involved in the day-to-day operations.

“I’ve had zero to do with the website,” he said.

Dr Mendelsohn, until recently ATHRA’s most visible spokesperson, said that as he was stepping down from the board, he hadn’t been as involved.

“I’m totally out of the action at the moment,” he said.

In late February, about a week after the ABC approached BCW and ATHRA for comment about the username, there were several developments.

On or about February 18, the listing of an unnamed admin of ATHRA’s Facebook page, who was identified as being based in Hong Kong, vanished from the page.

Then four days later, all press releases published between April 2020 and January 2021 disappeared from the ATHRA website — the same period during which Mr Surtida’s username was shown to have been active.

Editor’s note: An earlier version of this article reported that press releases and blog posts published between April 2020 and January 2021 were removed after the ABC queried the metadata. In fact, only the press releases were removed.