Supplements given to welfare recipients through the coronavirus pandemic are ending at the end of this month, and it is not just the people receiving the payments that are worried.

“The businesses that would receive the money as soon as I get it are no longer going to get that money, so that’s going to affect my local shops,” said Rebekah, a JobSeeker recipient from Melbourne.

“The local economy will be drastically impacted by all of us not having that extra cash … they won’t be receiving it either and neither will they be employing people.”

Independent economist Nicki Hutley thinks 100,000 jobs could disappear because those reduced payments won’t be spent in the community and boost consumption.

“So we’ve got millions, literally, of people both on the JobSeeker supplement and on the JobKeeper allowance, and pulling those out of the economy… it’s probably equivalent to around $5 billion a month,” she said.

“That’s equivalent to roughly 3 per cent of GDP [gross domestic product] so it’s a really big hit to the economy in one fell swoop.”

When coronavirus smashed the economy almost a year ago, millions of people faced an income crisis as whole sectors were shut down to slow the spread of the virus.

A generous coronavirus supplement on top of existing payments to carers, students and the unemployed massively boosted people’s incomes.

In effect, the re-named JobSeeker payment — previously called NewStart or, colloquially, “the dole” — was doubled. The Australia Institute estimated the supplement helped lift almost half a million Australians out of poverty, despite the nation being in the middle of its first recession in three decades.

Separately, the JobKeeper wage subsidy paid to employers — at a higher rate than the unemployment benefit — supported up to 3.5 million workers, almost a third of the workforce.

Both JobKeeper and the supplement will finish at the end of the month.

“When you pay additional money to low-income households they do spend it — that’s what stimulated the economy,” Ms Hutley said.

“If you take that money away, it’s just withdrawn. It’s not magically appearing from somewhere else.”

That gels with the experience of Rebekah, who is raising a teenager and works as an advocate for renters in a volunteer capacity. 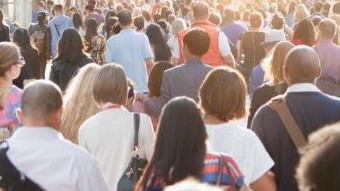 The supplement has improved the quantity, quality and range of food she has been able to buy for her family, but it has not created a cushion of savings.

“It’s not enough to save on, we’re not hoarding any money,” she said. “Every cent that we get goes straight back out again.”

The removal of the supplement means luxuries will be beyond the family’s reach.

“I won’t be heading out for coffees or banh mi or any little extra treat once the supplement is gone, because I won’t have that wiggle room,” she said.

Unemployment payments were recently lifted for the first time in three decades.

The newly announced increase, about $3.50 a day, lifts JobSeeker but will result in a much lower overall payment than that which was being received with the coronavirus supplement.

Making the announcement, Social Services Minister Anne Ruston said the government needed to strike a balance between an appropriate rate and the cost of the massive scheme.

“We need to support people while they’re looking for work, we need to create the incentives so they want to look for work,” she said.

“We need to ensure that we have a system that is fair and sustainable for the people who need it and the taxpayers who pay for it.”

“I have no doubt that whatever rate you set the payment, there will always be suggestions by some that it should be more. There’ll be some who will suggest it should be less,” he said.

“That’s why a government has to exercise judgement in getting that balance right.”

Small and medium businesses power the Australian economy. The sector’s peak body believes the end of the stimulus payments will have a big impact.

“The potential for the cuts to cost the economy and cost the government is real in some areas,” said Peter Strong, chief executive of the Council of Small Business Australia.

The potential cost to the government relates to increased unemployment and a reduced tax take.

“This is one of the issues my members are talking about. When the money drops, and it drops quite substantially, what will the impact be?”

The end of JobKeeper will have a substantial impact. Some geographic areas have not shared in the economic recovery because they are heavily exposed to industries such as international tourism and events that are still curtailed by the pandemic.

Mr Strong suggests there will need to be a targeted response in affected areas such as Far North Queensland.

“You don’t solve any unemployment problems from an office in Treasury. You’ve got to get out into the field with people that are experienced with this,” he argued.

“You’ve got to see the unemployed people on day one to make sure you can connect them up with the employers who are looking for workers.”

As the end of JobKeeper started looming in January, one of Australia’s most influential economic voices, Innes Willox, chief executive of the national employer association Ai Group, made the case for a “localised” version of the support if needed.

“Some taxpayer support may well be appropriate for employees and employers adversely affected by a lockdown aimed at securing public health,” he said.

“The benefits of a successful lockdown would be diverse whereas the costs would be concentrated on particular employees and businesses.

“While a fiscal stimulus measure can afford to be broad brush in its application, targeted income support needs to be more directed to the affected areas.”

The concerns of business mirror those of advocates for welfare recipients: Withdrawing support will hurt.

“The struggle to feed, house and provide for their families on so little money takes up time and energy that then can’t be invested in parenting, studying, or seeking work,” said Jenny Davidson, chief executive of the Council of Single Mothers and their Children.

“Local and state services will be left to try and fill the gap with emergency relief and food packages, and expect to be overwhelmed from April.”

“The impact was huge. You take that away, it is terrible for people, it is devastating … it’s also incredibly bad for our Australian economy as well.”