More than 20 disability organisations have called on the federal government to abandon a plan which they say will force people to explain their support needs to a stranger in less than three hours, or risk losing their NDIS funding.

Draft legislation on the proposal to introduce independent assessments is due to be released shortly, with the reforms to come into effect in the middle of this year.

All current National Disability Insurance Scheme (NDIS) participants will need to undergo independent assessments of their disability, as well as anyone wanting to access the scheme.

An allied health professional, unknown to the person with disability, will meet with them to assess the level of support they need, in a meeting lasting between one and three hours.

The outcome will determine if they are eligible for an NDIS funding plan.

In a statement posted on the Every Australian Counts website, people with disability, their families and advocates have accused the government of rushing the “tick-a-box” assessments because of a “desire to cut costs.”

“In the three hours, you not only have to get to know the person but you also need to know how their disability impacts them and what support they have around them,” Ms Tran said.

The 25-year-old said she worried the assessments would mean losing NDIS funding for her necessary supports.

“The introduction of the independent assessments almost seems like we are going backwards instead of going forwards,” she said.

Previously, the determination of an NDIS funding plan was made on reports from medical professionals and specialists, which the person with disability was required to gather.

Ms Tran said the NDIS had been a huge step forward for people like herself and the support she received was like an “engine to a car.”

“A car can’t possibly function without [an engine] and that’s a crucial part of my life,” she said.

Ms Tran is part of the campaign and will be addressing a zoom briefing of members of parliament on concerns surrounding the assessments.

Speaking in Tasmania after touring an NDIS provider, Minister Stuart Robert said the rollout of independent assessments would not be stopped and rejected any suggestion of a lack of consultation with people with disability and the sector.

“So this is now two-and-a-half coming into three years that we’ve been talking about it and we’ve been engaging with it.”

Among the more than 20 organisations calling for the independent assessments to be stopped is Inclusion Australia. 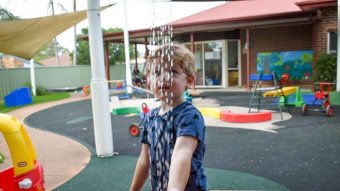 An ABC investigation reveals children with developmental delays like autism living in poorer suburbs are waiting hundreds of days more than those in wealthier suburbs for access to crucial diagnosis they need to access the NDIS.

CEO Catherine McAlpine said while she agreed with the government that the current NDIS was not as fair and equitable as it could be, people with disability needed to be consulted to co-design the solutions.

“This tick-a-box system is a one-size-fits-all model where people will be measured basically about their diagnosis, not about their goals, context and not about the support they really need,” she said.

“The changes fundamentally change the NDIS and the government has made them without consulting with people with disability.”

Ms McAlpine, who is also the mother of a young man with intellectual disability, said they were deeply concerned that junior allied health professionals were being sent to conduct the independent assessments.

“Without a lot of knowledge and experience of disability, it’s simply a cost-cutting exercise and not about the fairness and equity that we would like to see in the NDIS.”

Mr Robert said independent assessments were “the last piece of the puzzle” for the NDIS and part of the original design of the scheme which would make it more fair and equitable.

He pointed to data which showed the average plan of an NDIS participant in Hobart was $105,000 compared with $80,000 in Launceston.

“People here in Launceston should not have a 20 per cent less package than people in Hobart, it’s not fair,” Mr Robert said.

“It’s not Australian, your postcode should not determine your NDIS package.”

There are now more than 430,000 participants in the NDIS, including more than 60,000 children under the age of seven.

The government said it expected the scheme to grow to more than 500,000 participants by 2023.