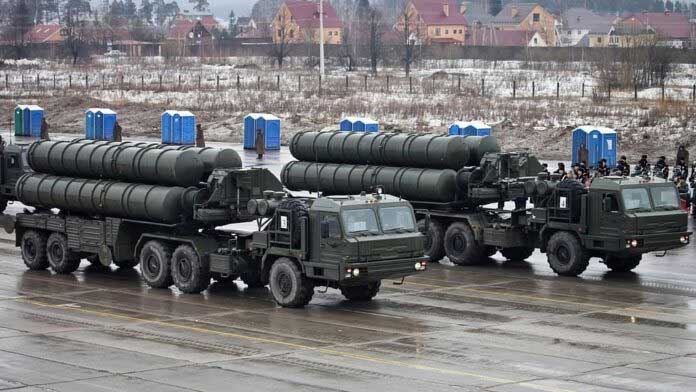 ISLAMABAD: India has begun deploying the Russian S-400 air defence missile system in the north-western state of Punjab, local media reported on Tuesday.
The Indian Air Force is deploying the S-400 on the western border to counter possible threats from Pakistan and China, Asian News International (ANI) reported.
The S-400 batteries will be capable of dealing with airborne threats from Pakistan and China, ANI quoted local sources as saying.
Russia has started supplying India with the S-400 Triumf, a mobile and surface-to-air missile defence system via air and sea routes that will be promptly deployed in the designated locations, it added.
The first deliveries of Russia’s powerful S-400 air defence missile system are expected to be completed by the end of this year, with the unit being operationalised in the next few weeks.
The air force will focus on the eastern front after completing its deployment in the Punjab state, according to the report, and provide resources for training personnel in the country.
In Russia, several Indian Air Force officers and personnel have already gotten training on the system.
On Dec 6, Indian Foreign Secretary Harsh Vardhan Shringla said Russia had begun deliveries to the country of the S-400.
In 2018, India and Russia signed a $5.5 billion contract, putting India at risk of US sanctions.
The US has long tried to deter countries from buying military equipment from Russia, threatening them with punitive measures under the Countering America’s Adversaries Through Sanctions Act (CAATSA), which it has used against Turkey, Iran, North Korea, and Russia.
Despite Washington’s warnings, New Delhi moved forward with the purchase, arguing that it has strategic connections with both Russia and the US.
US Defence Secretary Lloyd Austin reiterated during his March visit to India that all US allies and partners should shun Russian hardware and “avoid any kind of acquisition that would trigger sanctions.”
Turkey has argued that the CAATSA sanctions are unfair, as countries such as Greece have used Russian air defence without any sanctions. Contrary to US claims, the S-400 does not interact with US-made fighter jets and so does not endanger Turkey’s status as a longtime NATO ally, Turkey has also said.