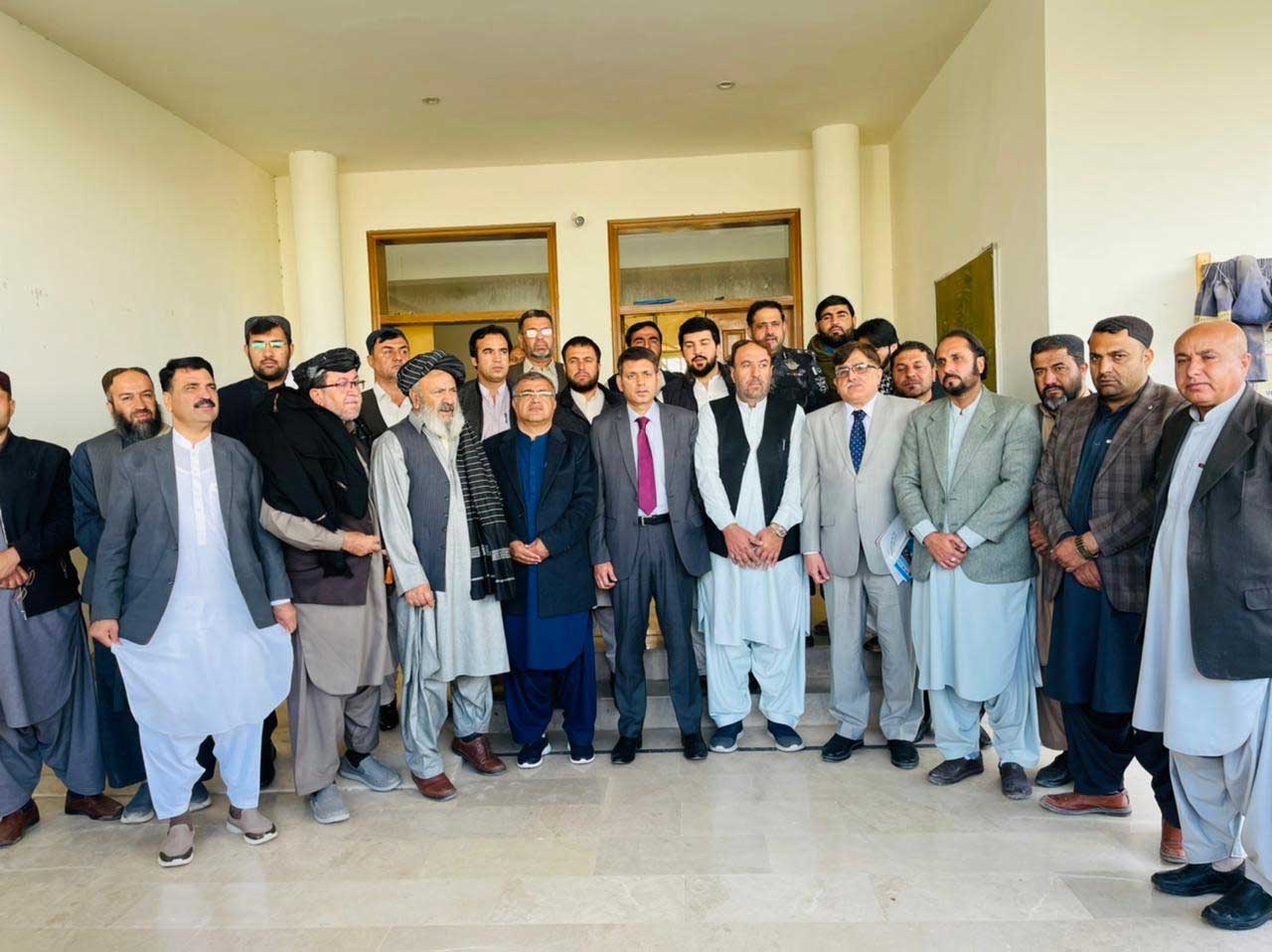 CHAMAN (Balochistan): On the third and last day of his eventful visit to Baluchistan, Chairman FBR/Secretary Revenue Division, Dr. Muhammad Ashfaq Ahmed, visited Customs House, Chaman, Sunday. He was accompanied by Dr. Muhammad Saeed Khan Jadoon, Member (Customs Policy), FBR, Muhammad Sadiq, Chief Collector Customs (Balochistan), and Rashid Habib Khan, Collector Customs Appraisement, Quetta, says a message received here, Monday.
The Chairman was warmly received by the officers and staff of Customs Appraisement and NLC authorities at ongoing ITTMS project site. The NLC authorities made a detailed presentation about the ongoing ITTMS project before the Chairman, and informed that the project constituted an important segment of CAREC Regional Improvement of Border Services (RIBS) Program, of which about 42% work has been completed.
The date of completion project was 23rd April 2023, however, in view of importance of the project to the international trade and regional connectivity efforts are afoot to complete it by end of December, 2022. Later on, Chairman FBR also visited the under-construction areas of the ITTMS project.
Chairman FBR visited Pak-Afghan border crossing point (Friendship Gate/Bab-e-Dosti). Colonel Qamar of Pakistan Army briefed the Chairman about the border crossing point and coordination with the Customs authorities regarding cross border movement of trade, Afghan transit goods, and pedestrian movement.
The Chairman, thereafter, visited the Customs offices established at NLC yard in Chaman. Usman Aziz, Assistant Collector Customs, briefed the Chairman about the overall performance of Customs Station, Chaman and highlighted the trade facilities being provided to the traders. He also explained the impediments being faced by the Customs authorities pertaining to “role of terminal operator” and “sanctity and security of cargo due to make shift arrangements.”
The Chairman appreciated the exceptional revenue generation performance by the Customs at Chaman despite lack of proper infrastructure. He talked about the concerns of security of the Customs staff / cargo and directed NLC authorities for resolution of the issue on priority basis.
Later, the Chairman along with the Member (Customs Policy), FBR and officers of Balochistan Customs visited the Chaman Chamber of Commerce & Industry. Muhammad Hashim Khan Achakzai, President Chaman Chamber of Commerce & Industry, warmly welcomed the Chairman FBR.
The members of Chaman Chamber of Commerce & Industry highlighted problems being faced by the importers and exporters along with trade bodies of Chaman and pressed for their speedy solutions. The prime focus remained on the issue of establishment of Dry-Port at Chaman, common border trade markets, and barter trade.
They also expressed their concerns on interdiction and subjecting to unwarranted checking of imported consignments by the Customs and other LEAs. The traders also expressed their reservations about valuation issues pertaining to Afghan origin goods, especially transacted at Custom House, Chaman.
The Chairman FBR gave them a patient hearing and assured them of a meaningful resolution of their legitimate issues, on top priority.