A lack of regulation over private alcohol and drug rehabilitation treatment centres has allowed some unscrupulous providers to prey on people “at their most vulnerable”, a new report has found.

Complaints ranged from concerns about providers misrepresenting the services they offer, to staff members using drugs with clients.

The report found the largely unregulated nature of the private AOD treatment sector had led to a “detrimental effect on the health and wellbeing, and financial situation, of clients and their families”.

“Overall, we have identified some disturbing patterns within the privately funded AOD treatment sector,” the report said.

“It appears that the intersection between undersupply, vulnerability and the for-profit model is the space where poor consumer outcomes seem most likely to occur.”

The commissioner launched an investigation into the sector after Four Corners raised similar concerns back in 2016.

Because of long waits to get publicly-funded residential rehabilitation treatment, many people struggling with addiction pay large fees to get help at private facilities.

Sam Biondo, the executive officer of the Victorian Alcohol and Drug Association, backed the calls for better regulation and described the private residential rehabilitation sector as “the Wild West”.

“Of course there are are some very good private operators out there, but there is no regulation or ability to bring pressure onto these organisations when they do harm to individuals,” he said.

“Many families have found themselves in trouble financially with inadequate standards, and organisations being unable to deal with the complexity to manage people’s health issues.”

‘Filthy and uninhabitable’: Complaints about misrepresentation of facilities

The commissioner received more than 100 complaints, mostly about difficulties getting refunds and the quality of services being misrepresented.

But the investigation also looked at complaints about financial exploitation, sexual misconduct and children being treated in adult faculties.

Concerns were also raised about consent, with some people telling the commissioner they signed contracts for treatment while intoxicated or in an addiction-withdrawal state.

The high price of getting off ice 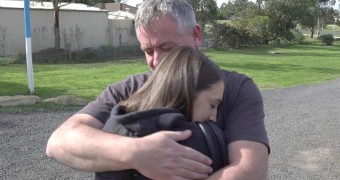 In 2016 Four Corners revealed parents were re-mortgaging homes, taking out loans, or pulling out their superannuation to rescue their children from drug addiction.

The HCC report investigated complaints that some AOD treatment providers advertised facilities like swimming pools or activities like yoga, which were not available when people stayed there.

One private provider was accused of being “filthy and uninhabitable”, with a complaint alleging they “did everything they could to minimise costs, including getting clients to clean the premises instead of hiring cleaners”.

Another provider investigated in the report also failed to live up to expectations.

“This client told us that in their initial consultation with the provider they were shown a brochure with a beautiful facility and luxurious amenities, but when the client stayed at the facility the place was falling apart,” the report said.

Photos of one facility given to the report showed a toilet covered in mould, an armchair covered in brown stains, and a bedroom cluttered with random items.

The commissioner also received reports that staff members at some residential facilities were using drugs with clients.

One man being treated for opiate addiction told the commission a staff member had supplied him with heroin on four different occasions, and took him to meet a drug dealer.

AOD services ‘the poor cousin that someone forgot’

The report found because the private sector was largely unregulated, many operators were able to run treatment centres without “the necessary competence, skills or experience”.

It also raised concerns about the capacity of some private providers to treat people with serious mental health conditions as part of an AOD treatment plan.

The report made 21 recommendations to improve the private AOD rehabilitation sector, such as introducing a mandatory licensing scheme for all treatment providers and workers and requiring minimum training for certain jobs.

Many of the issues identified in the private sector could be mitigated by regulating providers in a similar way to those that receive public funding, the report said.

“A framework that implements a mandatory registration/licensing scheme is imperative to set a standard the Victorian public can and should expect from private AOD services,” it said.

“At minimum that standard should align with the quality of publicly funded AOD services.”

We offer tailored front pages for local audiences in each state and territory. Find out how to opt in for more Victorian news.

But Melbourne woman Louise, who has been sober for seven years after a five-week stay in a private rehabilitation program at a hospital, believes both private and public facilities should be better regulated.

Louise said she was lucky to be able to afford private health cover and good treatment; the hospital she stayed at was well-staffed with healthcare professionals and run in line with a 12-step program.

But she knows other people whose experiences in rehab were not as good or who relapsed after their stays.

“It’s the luck of the draw right? How would I know that the one I went into was going to be good and very well run?” she said.

“Because I went there — effectively it’s life or death — I’m alive today and I have the life I have today because of that.”

Mr Biondo said making it easier to access services and removing the stigma associated with drug problems could also help people who were struggling.