If only the Prime Minister had given us the royal commission report before the press conference.

Despite the split between the commissioners, there are a lot of positives amongst the five volumes and 148 recommendations of the report.

It has been two years in the making and cost $92 million but if the Government adopts the key recommendations of the royal commission report, all Australians will benefit.

I’m hopeful that four particular areas of reform will make the generational change that’s required for the embattled sector.

Instead of straight staff-to-resident ratios, the royal commission recommends residents receive a minimum of three hours and 20 minutes care per day provided by a mix of nurses and personal care workers.

Registered nurses would be on duty 24/7 and provide 40 minutes of direct care per resident, per day instead of being confined to the office doing paperwork which is primarily the case now.

Are you worried about aged care in Australia?

Let us know if you have a story or issue you’d like us to look into. Email aged.care@abc.net.au to tell us your story.

The royal commission also recommends compulsory further training in dementia and palliative care for all staff.

The commissioners also propose a national registration scheme for personal care workers to ensure staff found to have abused or neglected residents won’t be able to move between nursing homes.

It will be 2024 before these measures are in place and the industry is already raising issues about the workforce shortage, but if staff are better paid, have better working conditions and there are more of them, hopefully more people will want to enter the sector, which ultimately means residents will be the ones who benefit.

At the moment, few people know how to access any of information from the website of the federal government regulator, the Aged Care Quality and Safety Commission, and, even if they do, there’s very little useful information, with complete audits of nursing homes conducted just once every three years and a simple “met” or “unmet” marked against standards. 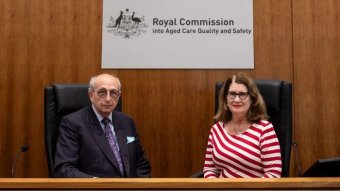 The Royal Commission into Aged Care Quality and Safety delivered 148 recommendations, but there were 43 points of disagreement between the two commissioners.

Even when a nursing home is found to be putting residents at “serious risk” and the regulator prepares a report, it rarely publishes the details of the failures.

That could change under the royal commission recommendations, with clear information made publicly available on My Aged Care about how each nursing home performs with regards to staffing, serious incidents such as abuse and neglect, and details of any complaints made.

If the Government also changes the type of quality and safety standards to be audited — as also recommended in the report — information on unplanned weight loss, pressure sores, the use of restraints and “reviews” by people and families using the service would also be published.

This proposal has been around for a decade now and aged care companies and providers have always opposed it — and will very likely continue to do so.

But if the Government goes ahead with it, that will surely lift the game of poor providers who have so far flown under the radar and will allow families to make better informed choices rather than blindly deciding where their loved one should go.

When then-prime minister John Howard wrote the Aged Care Act in 1997, the aim was to transfer the care to church organisations and the private sector while limiting the cost to government.

‘They were treating my dad like an animal to be slaughtered’ 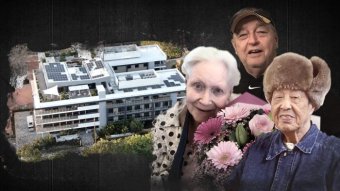 Dik, Brian and Vera’s families paid top dollar for them to live at a “lovely” nursing home, but damning reports from the aged care regulator and allegations by a group of trainee nurses tell another story.

Now the royal commission has proposed a new Aged Care Act, which makes the focus all about the older person rather than on the provider and funding.

The new Act will mean the primary responsibility of aged care providers will be to protect the health, safety and wellbeing of people entrusted to their care.

Encouragingly, the Prime Minister has already committed to a new Act, describing it as a “fundamental generational transformation”.

Furthermore, families will have the right to sue nursing homes — and their key personnel — if they don’t provide high quality care as defined in the Act.

That’s already causing consternation amongst industry players who obviously may have trouble attracting board members if they are known to be at risk of legal action.

However, for families who have endured neglect and abuse, it is a much lower bar to pursue civil penalties than the current one and will provide an incentive for nursing homes to provide good quality care.

Perhaps the most radical reform proposed by the royal commission report is the issue of how to fund aged care into the future by phasing out big deposits paid by families and introducing a Medicare-style levy.

At the moment, over $21 billion goes into aged care, servicing one in every 20 Australians, but the commissioners point out that it has been underfunded for the past 24 years. In a recent 12-month period that added up to almost $10 billion.

Most families sell the family house to pay refundable accommodation deposits, or bonds as they were once called, ranging from about $300,000 to over $1 million or more in capital cities like Melbourne and Sydney.

The final report proposes phasing out those deposits in favour of a Medicare-style levy of around 1 per cent (as proposed by commissioner Lynelle Briggs) or another amount determined by the Productivity Commission (as suggested by commissioner Tony Pagone).

That would be a massive policy change for Australia. The Prime Minister used the example of his unsuccessful attempts to increase the Medicare levy to support the NDIS as a reason “for being a little wary at this point” about such a levy.

It will be interesting to see how Labor will also respond to the proposed aged care levy.

The disagreement between the commissioners means there is not the coherent blueprint for ambitious innovation that was promised.

The fear is there will be so many options that it will be much easier for government to pick and choose those they like best — and those that suit the usual industry stakeholders who have dominated policy in this area for decades.

But in the meantime, the government and industry are familiar with the proposals on staffing and rating systems which should — in theory — make them easier reforms to implement.

After all, they are the same sorts of recommendations which have been made in dozens of inquiries over the past 20 years.

But to fund aged care into the future, both commissioners say it requires the ultimate in political hot potatoes — a new levy (or “tax” as any party opposed to it might call it).

That will also raise questions about the amount of profit some of the big industry players are making out of taxpayer funding of aged care.

In a year that might hold a federal election, it will be interesting to see whether the royal commission’s findings will make a proposed levy and the care of the elderly an election issue.

And that really would be a generational change.