The evidence from a landmark royal commission is in and has laid bare the “catastrophic” failure in the system.

But the actual structural and cultural reform is difficult.

For too long, mental health has been at best, a secondary issue in the minds of politicians and the public.

There’s been a lack of political will and for decades people with mental illness have been deliberately isolated from the community.

There were simply no votes in it.

“Historically, interest from successive governments and the community in mental health and wellbeing has been low,” commissioner Penny Armytage writes in her report.

“Despite the wide-ranging negative impacts, other priorities have been elevated ahead of mental health.”

Australian and state governments are slowly doing better in this space, and like the scourge of family violence before it, Premier Daniel Andrews has given the issue the attention it rightly deserves, after admitting failure.

“Shame should be shouldered by a generation of policy makers, those who saw the problem but failed to rise to the challenge. Speaker, that includes our government. My government,” Andrews told the joint sitting of parliament.

Since 1999, Labor has been in office for all but four years.

But now those contrite words need to be followed by action and money, and heaps of it.

It will take years to rebuild the system. Andrews will not be Premier when it is completed. Politics, he insists, must be put aside.

There’s no price tag on the reform yet, but it will cost billions of dollars over many years.

The royal commission’s 2019 interim report put on the table a levy or new tax to pay for mental health services.

As politically difficult it could be, Andrews did not baulk and adopted the recommendation.

But a COVID-infected 2020 could potentially delay a levy in the short term.

“We will be mindful of the fact Victorians have been through a lot in the last year, so additional charges we will be very careful about that,” Andrews said.

“But this is not business as usual it requires an extraordinary effort and not for one budget or one year.”

The Coalition slapped the idea down in 2019, and Opposition Leader Michael O’Brien has again this week.

He told Tuesday’s joint sitting, which include people suffering from mental illness, that funding should not be siloed, and mental health should be a priority for all governments.

“Can a state which overspends billions and billions of dollars on projects be unable or unwilling to fund an adequate mental health system? I do not believe that is who we are as Victorians,” O’Brien said.

The fight over funding is likely to be the most political the reform debate gets. 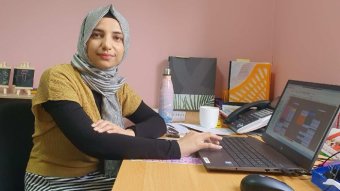 In Victoria, 15 dedicated mental health clinics were set up last year as a response to the pandemic. Advocates say they are saving lives, but need to be funded beyond the promised 12 months.

But there are plenty of other challenges at hand, none more so than finding a workforce, and then training them, to provide all the services outlined by the five volumes of the Royal Commission.

Work has already begun to recruit and train staff, including those with a lived experience.

Without a strong workforce, change is hard, especially to provide local care and assistance to halt the escalation of an illness to hospitalisation.

Governments and leaders will need to encourage people to work in the field and make it an attractive and rewarding career.

Notably, some big healthcare unions were at the joint sitting.

As with so many industries, attracting workers in the city will be easier than the country, which is why incentives are recommended by the commission.

That alone will require a huge shift in thinking, as for decades there has been a shortage of doctors in regional areas.

There are dozens of recommendations aimed at fixing a system that is “catastrophically” failing Victorians.

Other states and the Commonwealth are watching, the failures in Victoria are not unique.

To think otherwise would be naive.

The Premier was glowing in describing Prime Minister Scott Morrison’s passion for the issue; there’s genuine engagement at the top and mental health crosses both jurisdictions.

Other states and the Commonwealth will look at this report and a Productivity Commission inquiry when considering how to improve Australian mental health.

The whole thing must be fixed for those suffering now and the one in five of us who will experience some type of mental illness in our lives.

This report has diagnosed the illness.

Now it’s time to treat it, and that will require political will and years of work.