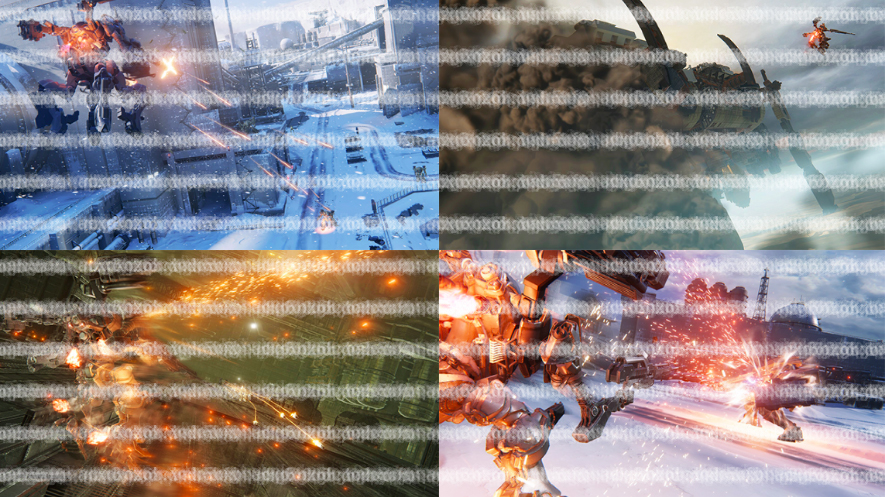 The information comes from a Resetera post that’s blown up recently, detailing a consumer survey that revealed screenshots, a synopsis of the game and some gameplay features. As far as Resetera posts go, this seems pretty legit. However, we should remain skeptical until FromSoftware officially confirms this information.

Here’s everything we know about this new Armored Core game, from the release date and story to the gameplay and possible PC requirements.

There’s no word on the potential release date for this new Armored Core game, but considering how fleshed out the screenshots are, we imagine that it’s further along in development than we think.

Considering how much has already been built, we imagine that the new Armored Core game could launch as soon as 2023, or 2024 the latest. If FromSoftware is consistent with its recent releases, Armored Core will likely launch on Xbox Series X, PS5, and PC.

The synopsis that was leaked for Armored Core sounds like a Dune rip off. The game revolves around a substance known as Melange that has the potential to advance human society. Funnily enough, the substance in Dune that we know as spice is also referred to as Melange.

The alleged leak features this description: “In the past, [Melange] caused a cosmic catastrophe on planet Bashtar that engulfed the surrounding star systems, and eventually its very existence was lost. Decades later, the Melange reaction was confirmed again on planet Bashtar. In search of the unknown substance that should have been lost, various speculations begin to swirl. Various parties are getting involved; The government, corporations, cultists, and unknown mercenaries… The protagonist is one of them.”

The post goes on to explain that the sci-fi world of Bashtar was created by Hidetaka Miyazaki, the director of the beloved Soulsborne franchise. The overarching story sounds like an arms race to this mysterious Melange substance. Additionally, the planet Bashtar doesn’t seem to appear in other Armored Core works, so it’s possible this game won’t have ties to the previous iterations.

The leak describes the next Armored Core game as a third-person shooter, which isn’t any different from the previous titles in the series.

This Armored Core features a massive three-dimensional map that’ll guide you to the wide variety of areas that the game offers. In the screenshots alone, we see snowy citiscapes, desert planet bases and gargantuan space stations.

According to the post, we’ll see long-range combat with an array of weapons and short-range combat with swords and shields, and players will have to balance between them to fight powerful enemies. It also mentions that this Armored Core features dynamic, three-dimensional movement that “no human can imitate,” which gives us that idea that it’s super fast-paced. Fast is fun, but hopefully it’s as smooth as it is fast, otherwise it’ll be hard to handle. Apparently you can also customize your mech, which will have a great impact on your playstyle.

None of these features stray far from the previous games, so maybe it’s really convincing because the leak isn’t that far-fetched.

With Elden Ring right around the corner, FromSoftware is bumping up its visual fidelity with every game it launches, so it stands to reason that Armored Core will need a little more oomph to run well.

The recommended specs for Elden Ring is an Intel Core i7-4770K or AMD Ryzen 5 1500X CPU, 12GB of RAM, and an Nvidia GeForce GTX 1060 6GB or AMD Radeon RX 480 4GB GPU. Considering that Armored Core looks like it’s well into development, I don’t imagine that the recommended specs will change too much. Regardless, the best cheap gaming laptops soar over that, so if you’ve recently purchased one or need one, you’ll be fine.

While details about the next Armored Core game all come down to speculation right now, we’re super excited to see what Miyazaki is cooking up in his little lab. Bringing back this popular mecha franchise will not only bring in new fans but hopefully revitalize it.