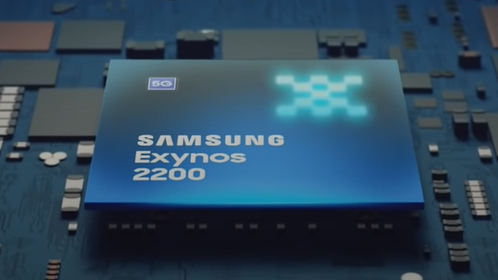 Back in 2021, AMD revealed its partnership with Samsung to bring ray tracing features to upcoming smartphones with the next-gen Exynos mobile chip. Now, the Samsung Exynos 2200 smartphone chip with AMD RDNA 2 is here, and we may get to see it in action in the upcoming Samsung Galaxy S22.

In the announcement, Samsung states the AMD RDNA 2 tech allows for hardware-accelerated ray tracing and variable rate shading. This means mobile gamers will experience gaming laptop-level simulated light and smoother frame rates on their smartphones, and the chip is also expected to improve the overall experience in social media apps and photography.

The Exynos chip isn’t all about graphics, as it’s also set to feature support for a 4K display at 120Hz or QHD+ 144Hz, a 200 MP camera, 8K resolution at 30fps video recording, LPDDR5 RAM, 5G connectivity and more.

On the CPU side, the Exynos 2200 is gearing up to be similar to the Snapdragon 8 Gen 1. As stated, the octa-core Armv9 CPU of Exynos 2200 is designed in a tri-cluster structure made up of a single powerful Arm Cortex-X2 flagship-core, three performance and efficiency balanced Cortex-A710 big-cores and four power-efficient Cortex-A510 little-cores.

With the Samsung Galaxy S22 launch event expected to kick off in early February, it’s highly likely we’ll see the next lineup of Galaxy S22’s equipped with the Exynos 2200. With Wang stating this will be the first of many Exynos chips for Samsung, the rivalry between iPhone and Galaxy smartphones continues to grow.