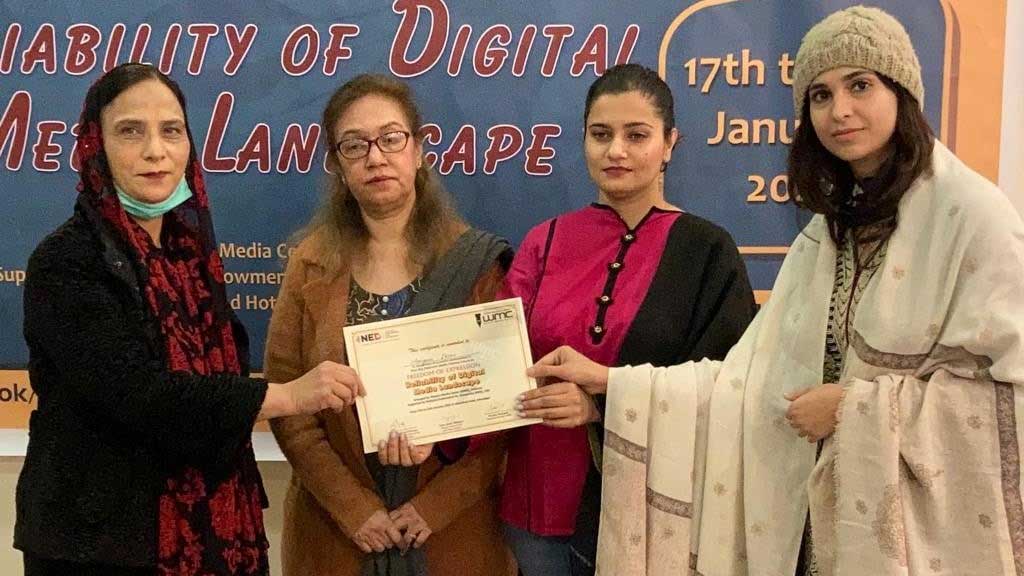 ISLAMABAD: Considering politics wrong is not fair, this was stated by Member of National Assembly from Pakistan People’s Party, Shahida Rehmani on the certificate distribution ceremony of five-day training electronic media workshop arranged by Women Media Centre, says a Press release.
She said that the real function of the media is to describe the truth however lies are spread so much that the truth is suppressed.
Rehmani stated that municipal system is the ladder from where politics should be started.
She further said that women have to prove themselves, adding that, we are fifty percent of total population and our opinion and vote is important.
‘Our struggle does not allow us to lag behind’
While encouraging the participants she said that women have to come forward in the media. Come to journalism with good training and truth success will take a step, she said
She also said that the 18th Amendment is the interpretation of the dream of Allama Iqbal and Quaid-i-Azam.