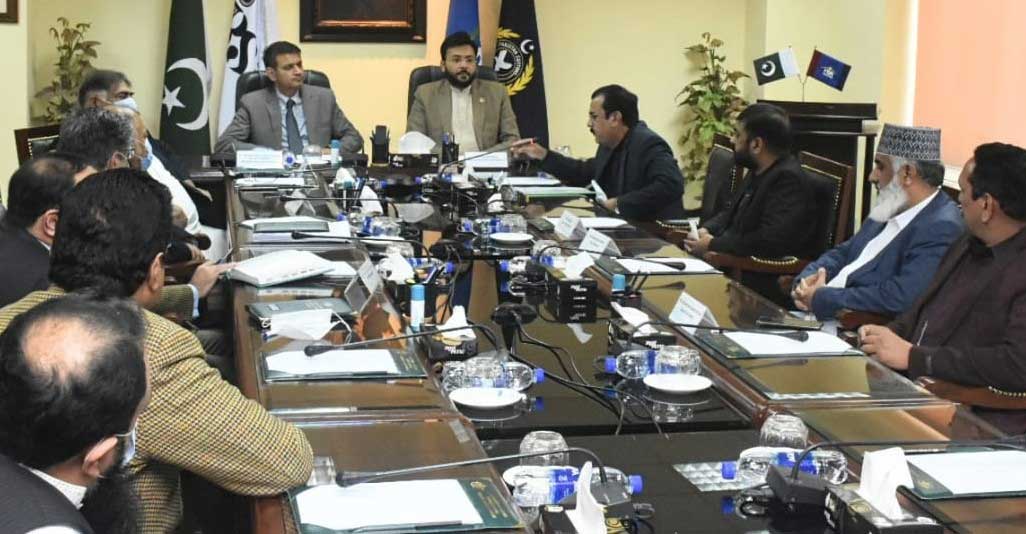 ISLAMABAD: While addressing the participants present during the first computerized draw of POS Prize Scheme held at FBR (HQs) in the presence of national mainstream media on 15th January, 2022, Chairman FBR Dr. Muhammad Ashfaq Ahmed had appealed the Pakistani citizens to launch a national movement for the promotion of a culture of tax compliance in the country.
He had suggested a three pronged strategy to ensure that Sales Tax collected from customers at the point of sale was actually being deposited in the state exchequer. He had proposed that people should shop only from those Tier-1 retail outlets which were integrated with FBR POS System, demand computerized invoice (Pakki Receipt), and finally verify the same through FBR Tax Asaan App.
It is so very reassuring to witness that citizens have started responding to his call and are demanding Pakki Receipt from the retail outlets. This morning, Chairman FBR received over half a dozen of invoices posted to him by Iqbal Khan, a resident of Sector G-13/3, Islamabad who was truly excited to have discharged his national responsibility.
The Chairman FBR, immediately, rang him up in person to thank Khan for his responsible act and designated him as the first Citizen Tax Ambassador for FBR in its ongoing national drive for tax compliance. It is pertinent to mention that FBR has already distributed prizes worth Rs. 53 million among the lucky 1007 winners in the first computerized ballot held on 15th January, 2022. It is also heartening to see that people are showing a lot of interest in becoming part of next computerized draw, which will be held on 15th February, 2022.
It is further encouraging to witness that a huge number of customers are verifying their shopping receipts through FBR’s Tax Asaan Mobile App and SMS. People are also reaching out to the Field Formations as well as FBR (HQs) to seek necessary guidance about this innovative Prize Scheme. Some of the responsible citizens have started sharing their invoices directly to senior management not only to discharge their national duty but also to register their support for this digital intervention made by FBR.
This rare zeal and exemplary commitment shown by huge number of people at large is a testimony to their trust in FBR and its innovative prize scheme. This spirit has already triggered an increased sense of responsibility in the people at large to become the watchmen of their tax collected by the retailers in order to ensure that the same is safely deposited in the national exchequer.
This initiative of engagement with customers is all set to pick momentum and thus accelerate the desired national drive to promote tax compliance and substantially increase revenues. It will also incentivize people to play their role as responsible citizens and compliant taxpayers. The POS Prize Scheme is providing an opportunity to people to win cash prizes after they shop from Tier-1 POS integrated retail outlets by verifying their receipts through Tax Asaan App or SMS.
Therefore, FBR has once again appealed to all the citizens across Pakistan to always ask for computerized invoice with a bar code (Pakki receipt) whenever they go for shopping so that they could participate in the upcoming computerized draw to be held on 15th February, 2022.
Meanwhile, a delegation of Super Market Association, Faisalabad visited FBR (HQs), Islamabad today and held a detailed meeting with Chairman FBR/Secretary Revenue Division Dr. Muhammad Ashfaq Ahmed and Farrukh Habib, Minister of State for Information & Broadcasting, both in Chair.
Various issues related to Point of Sales were discussed during the meeting. The President, Super Market Association, Faisalabad Shahid Mumtaz Bajwa informed the participants that all its 40 members had been integrated with FBR POS System, which was appreciated by the Chairman FBR. On the issue of input adjustment from un-registered wholesalers/distributors, the Association was informed by FBR that in Finance Supplementary Act, 2022, they had been declared as Tier-1 Retailers. Hence, their issue of input tax adjustment would soon be resolved under the relevant provisions of law.
The Chairman, FBR desired that the Dispute Committee of FBR and the Traders in Faisalabad would be activated for an amicable settlement of genuine/legal issues of Faisalabad traders. During the meeting, the Chairman FBR reiterated that government believed in collecting the rightful taxes by following the due process of law and FBR was taking all out measures to ensure facilitation of Traders community for an accelerated economic growth.
He further stated that he had already passed on necessary directions to Field Formations to work closely with trade bodies in order to ensure tax compliance in a transparent manner. The delegation thanked Chairman FBR for listening to the grievances of traders and the desired assurance of speedy resolution of their problems.
The participants from FBR also included Qaisar Iqbal, Member (IR Operations), Dr. Nasser Janjua, Chief POS, Amir Amin Bhatti, Chief IR-Operations and Muhammad Anwar Chaudhry, Chief Sales Tax Operations.
The delegation from Super Market Association, Faisalabad included Shahid Mumtaz Bajwa, President Super Market Association, Safdar Ali, Vice President, Muhammad Ashfaq, Vice President, Muhammad Saeed Ahmad, General Secretary, Rashid Sharif, Information Secretary and Muhammad Aslam, Member of the Association.